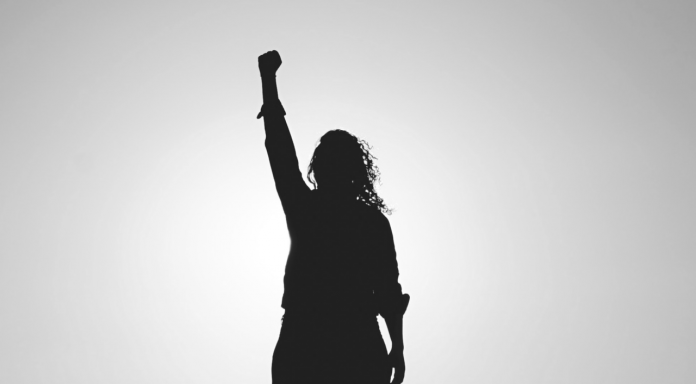 I first met Bandini one unforgiving summer afternoon in Kanpur in 2003, whilst teaching a legal reasoning class to a batch of LST students, a month shy of their entrance exams.

There was a stodgy, grey-green pillar in the middle of the classroom and Bandini would sit leaning against it,reading her precious Camus during the tiny chaotic breaks. While she closed and kept the book away as soon as the class started, through careful gestures she made sure that everyone knew that a weathered Camus pocketbook was in the house. An act of intellectual defiance in the midst of busy, multi-track discussions about last night’s cricket or some school fest or the latest movie in town.

“Sachin Sir, have you read ‘The Stranger’?”

“‘Yes, it is disturbing and powerful.’”

On my next visit to dusty Kanpur – the week before the exam – I asked her why she was drawn to law school.

“I want to work on the rights of refugees, particularly Afghan refugees in North India.”

“That sounds like a plan. And what did you put down in yesterday’s survey on where you’d like to be in 30 years?”

“Prime Minister. Ok, maybe, Chief Minister. But not UP, please.”

Bandini came from a Bengali family that had settled in the Civil Lines area of Kanpur. Her family had the great national opportunity to witness the steady decline of the neighborhood but also of the city itself.

Bandini got into NUJS Kolkata and a couple of others. She went to Kolkata; a little unwillingly, because of Uncle Bobon. A distant but clingy relative in Keoratala.

I next met Bandini at the Mumbai Airport in the middle of 2008.

There she was. The 17-now-22 year-old girl from Kanpur, now turned out in a smart business suit. She was in a hurry but stopped when she saw me and walked briskly towards me.

“Bandini, so good to see you! Didn’t you just graduate?”

We chatted a bit more – about LST Kanpur days, her mother Poornima whom I had met, and the general state of affairs in the corporate legal world. Not too long because she had a flight to catch to make it to a client meeting in Delhi. I was headed to Bangalore on a later flight and went off to a small food stall that promised hot idlis and sold hockey pucks instead.

In a Land Far Far Away

Between 2012 and 2017 I was outside the country and largely disconnected from the lives of my former students. There were chance encounters, occasional law school alumni reunions and a handful of informal advice sessions on Skype, but for all practical purposes I was away from ‘my LST community’ for several years.

Under these circumstances, I did not expect to bump into Bandini at Saigon Market near Union Square in Manhattan in the winter of 2014. I was in a queue to get a Tofu Banh Mi when I heard an inquiring “Sachin, Sir?” from behind me. I wasn’t used to hearing that so much now, and actively discouraged former students to use it, but there it was – in another part of the world very far away. I turned around and saw Bandini. Her hair was cut shorter and there was a mature look about her that had replaced a certain wryness. But it was her. Dressed to fight the bitter American cold.

“Are you visiting? Or do you live here?”

“I have been here for a few months working on a long and painful deal with Dresnan Kopes (leading law firm, name changed) on the other side.”

“Ah! So I hear from friends that you’re on the partner track at Bikrambhai?”

Maybe I knew. But getting a Banh Mi at Saigon Market takes 5 mins tops and I had to head to a cousins place. I wanted to pause and talk to Bandini, learn more about her law school life at NUJS, about whether the 6 years post law school had been good to her, but I just gave her a hug, asked her to stay in touch, and left.

The Rise of Data Girl

Last month I was invited to give a talk at a data solutions conference. Given that Agami’s Data for Justice Challenge had just launched, the organizers felt that I could shed light on the data-driven revolution waiting to happen in law and justice by pointing to innovations in this space.

I took my place in the big room just as a series of presentations by the top innovators recognized by this datapreneurs network were about to start. After a super technical presentation on geospatial mapping that I didn’t quite fully understand, the next presenter stepped up on stage to speak about the use of judicial datasets and governmental action datasets to show citizens how important laws were being interpreted and implemented in their states.

With slide after slide she took the weakest kid in the room past the point of understanding how data could transform their lives in a very real way – in this case by helping them see the effectiveness of their local governments, generating feedback on the quality of the laws themselves, and creating powerful stories that journalists could tell. Her organization is called Counting the Law and she had left Bikrambhai in early 2019 to start it after doing some learning and prototyping while at the law firm itself. As she spoke, I had goose-pimples. It was like 2003 all over again, Camus pocketbook and all.

She walked up to me after her presentation and gave me a hug.

“You know, I wanted to be the Prime Minister. Time to make a start, no?”

This is a work of fiction but it is not far from the truth. The truth of the aspirations of the students that I know from when they were teenagers. The truth of the experience of many of those that join big law but want to have a greater impact. And the truth of all those who are making the choice to lean into the changemaking revolution and transform this country bit by bit.

Agami’s Data for Justice Challenge is now live. It seeks to catalyze a data-driven future for systems of law and justice, and also find and celebrate the next #datagirl

Sachin Malhan is the Co-Founder of Agami. Between 1999 and 2007 he co-founded and led LST teaching and interacting with tens of thousands of young law aspirants across the country.