Alliance University to host an Extravagant Literary Festival on May 20 and 21, 2022 | Career Launcher
CLOSE 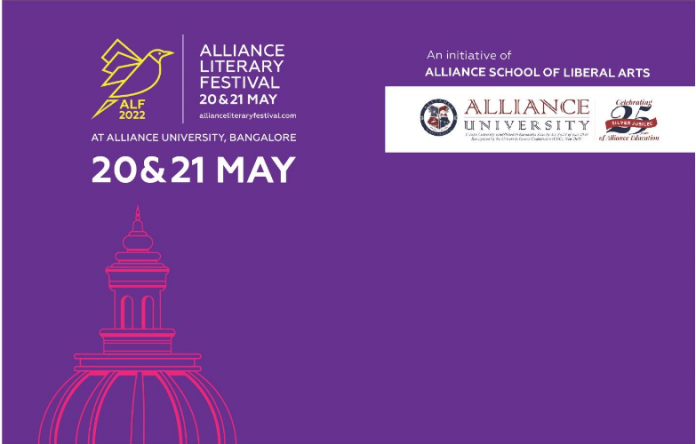 A press conference was held on May 6, 2022 by Alliance University to launch the Alliance Literary Festival or ALF to be held at the central campus of the University on May 20th & 21st, 2022. With a vision to be the hub of art, culture, science and ideas in India, Alliance University is presenting the biggest literary festival to be hosted by an educational institution in India. An initiative of the Alliance School of Liberal Arts, the event will witness a power packed line-up of speakers and performers in the areas of art, history, culture, politics, management, media, music, and much more. The festival will be an ensemble of celebrated literary titans such as Shashi Tharoor, Former Union Minister and Lok Sabha Member of Parliament; Rajdeep Sardesai, Journalist & News Anchor; Anita Nair, Novelist; noted Kannada writers such as Pratibha Nandakumar, Poet & Filmmaker; Mamta Sagar, Poet & Writer; Vasudhendra, Author; and performers such as iconic singer Usha Uthup and stand-up comedian Kenny Sebastian among others. The ALF will have more than 60 popular figures from different fields speaking and performing during the two-day event.

Speaking at the conference, Abhay G. Chebbi, Pro-Chancellor, Alliance University spoke about how imaginations transform into iconic literature, art, music, culture, spirituality, and heritage. He emphasized how humans simply need to be alive to the happenings around them and imbibe the true spirit of an observer, a learner, and contribute to the best of their abilities to make the world a better place. He quoted a renowned author to express how developing an interest in life and forgetting oneself to see the beauty of the everyday and people around defines the core of the Alliance Literary Festival. He stated that Alliance in its silver jubilee year is deeply committed to valuing and protecting the rich culture and heritage of the country whilst allowing for new ideas to emerge, new technologies to be invented, and bright young minds to create the much-required stir in conventional thinking. He mentioned that the Alliance way has always been unique, and since its inception, has forged a path to a holistic transformation of education in India. He invited all to attend the event and experience the legacy that Alliance in set to create.

Anubha Singh, Vice-Chancellor, Alliance University in her address spoke about the savvy movement of a creative turn where Alliance is not just a patron of technology, business and law but an anchor for arts, literature and cultural activity. She stated that the ALF, which is intellectually stimulating, aesthetically satiating, socially entertaining, cognitively enlightening and culturally enriching would explore the “ideas for a brave new world” through celebrated authors, sports personalities, stalwarts of politics, honourable judges, famous artists, ad gurus, stand-up comedian, and many others. She mentioned that cognizant of its role in driving the local, regional and the creative economy, Alliance through ALF would present art and culture as essential for economic development; strengthening curricula; improving the quality of life; addressing issues of sustainability; and inviting, preserving, and retaining creative talent.

The Associate Dean of the Alliance School of Liberal Arts, Anirudh Sridhar spoke on how the Alliance Literary Festival is the full manifestation of Bengaluru’s growing appetite for art and culture. Standing at the crossroads of classical civilisation and modern innovation, Bengaluru is the ideal place to find new meaning for creativity in the 21st century. The ALF redefines the ‘literary’, bringing together diplomats, entrepreneurs, judges, and journalists, and ‘festivals’, by not only celebrating but tackling the great topics of our age. He stated that the ALF will be the forum for a clash of ideas and titans.

The press conference also had the ALF 2022 director, Sabin Iqbal; curator, Abhayan Varghese; Shinie Antony, founder and director of Bangalore Literature Festival; and Nandita Bose who is a writer and poet.

Alliance University through the press conference has opened the gates to the world to experience the best of literature, art and culture in the two days of the literary festival that would take place on its beautiful, expansive and lush green campus.