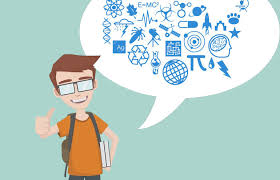 The right decision regarding a job can be fruitful for your entire life. Who doesn’t look forward to a smooth, hassle-free life? Government job assures a smooth life and job security.This blog post elucidates 15 government job exams that you can aspire for, after completing your class 12th. The minimum educational qualification is Class 12 pass but a graduate or a post-graduate can also apply for the same. 15 coveted government job can give boost your career and you can rise up to Secretary level during your service.

Let’s go through and figure out which is the best suitable recruitment exam as per your interest.

A common recruitment exam SSC Stenographer Exam is conducted for these posts.

The selection is based on the performance in the objective exam followed by a skill test. The three sections of the paper are:

The job profile of a Stenographer includes:

Enroll for CL’s SSC Stenographer Test Series and stay ahead of the competition.

SSC CHSL (10+2) Exam is conducted for the above mentioned posts.

Exam Overview: One of the major recruitment exams conducted by the Staff Selection Commission (SSC) is the Combined Higher Secondary Level exam. It is an entry level exam for the post of LDC, UDC, DEO and Postal/Sorting Assistant. The eligibility criteria is:

The examination is conducted in two stages:

Those who qualify in the written examination are called for a Skill Test. This round is qualifying in nature and it would test a candidate’s skills in typing.

Kick-start your SSC CHSL preparation with CL’s Classroom Program and Test Series. Strengthen your concepts and learn tips and tricks to improve your score in the exam.

Exam Overview: The eligibility criteria is:

The selection process by the RRB entails a Computer Based Test (CBT) of 90 minutes with 100 questions pertaining to General Awareness (which may include General Studies or General Science), Arithmetic and General Intelligence & Reasoning.
Those who clear the written test are further called for personal interview & document verification.

Job Overview: There are 21 Railway Recruitment Boards (RRBs) across India responsible for recruiting new employees in the Indian Railways. Various posts that you can apply for after class 12 are:

Indian Navy: You can apply for the following positions if you have passed 10+2 examination.

After going through this list, you must have got a clear picture of government jobs after class12. Kick start your SSC CHSL or Railway Recruitment Board (RRB) preparation as these are major recruiters and offer good career prospects.

All the best on behalf of Team CL!