Home Engineering JEE Advanced 2019 Paper Analysis
Share on Facebook
Tweet on Twitter
Share this on WhatsApp
Share this on WhatsApp
JEE Advanced 2019 is completed successfully today. The exam has been taken by 2.45 lakh students who were selected on the basis of JEE Main exam conducted. The exam was conducted in online mode in the morning shift between 9 am to 12 pm and in the evening shift between 2 pm to 5 pm. There were a total of 54 questions in paper 1. Physics, Chemistry and Mathematics each had 18 questions.
Views of the students
Most of the students suggested that paper 1 had high difficulty level. Oh of three subjects, mathematics was of the highest difficulty level. Physics and Chemistry were easier compared to Mathematics. Most of the questions were taken from class 12th only for Physics and Chemistry sections.
In the afternoon shift, students found chemistry section to be easier compared to Mathematics and physics. Physics section was conceptual and mathematics section was lengthy.
Overall the difficulty level of the paper was pretty good. Most of the questions were taken from class 12.
Response sheet of the students would be released by the conducting agency on 29th May. Official answer keys would be released by the conducting agency on 4th June. Students having objection against the official answer keys can challenge them on 4th and 5th June. The answer keys would be updated after taking into consideration the challenges made by the students. Results of JEE Advanced would be released on 14th June.
Students who clear JEE Advanced would get admission into prestigious IITs and other colleges such as IIST and IISER. Admission into these colleges would be initiated once JEE Advances results are out through JOSAA 2019 counselling.
Share this on WhatsApp 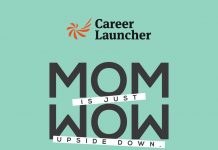 Are you a carrot, egg or a coffee bean? Learn From a Mother’s Wisdom