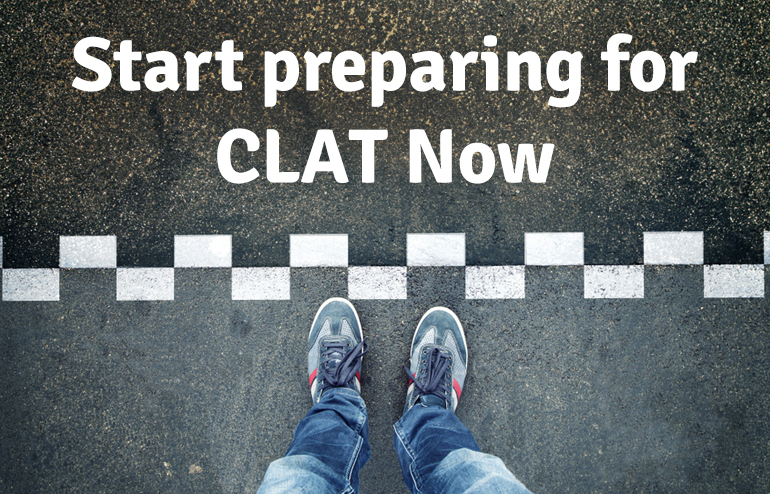 CLAT exam 2019 is announced to be conducted on May 26, 2019 by National Law University Odisha. It has been decided to be an offline exam with the time frame of 2 hours. The paper consists of 200 questions. 1 mark is awarded for every right answer, and -0.25 is deducted for every wrong answer. These are objective questions and it includes 5 sections:

One of the most commonly asked question is about the prefect hour to start the preparation for CLAT. While it seems silly to be asking such question, it is actually quite overwhelming. Hence, a sense of direction is always beneficial. The major reason behind the popularity of this question is because most young aspirants looking towards law as their future worry about the quality of their law entrance examination performance. A solid preparation is the key towards getting a brilliant score which will then enable admissions into top law schools.

When to start preparing for CLAT 2019?

The perfect time to start preparing for any exam is a myth. It is non-existential. The reason it remains non-existential is because learning has no season. Every new day is an opportunity to start preparing or studying.
Keeping the perennial character of learning/studying, some aspirants begin as early as 1oth grade while some begin right after their 12th boards. The important thing to remember is that as long as you’re starting the preparation with enough time to cover the topics, it is going to be alright. Whenever your preparation starts, be in during 11th grade or 12th grade, ensure a window of time that is enough to cover the exam pattern, topic sections, concepts and its applications.

How to start preparing for CLAT 2019?

CLAT 2019 syllabus consists of 5 sections which include English, General Knowledge, Elementary Mathematics, Legal Aptitude, and Logical Reasoning. The safest time to reserve for CLAT exam preparation is roughly 9-10 months. During this period, start with absorbing and understanding the basics. Eradicate any kind of doubts that are unclear. This way, there won’t be any unnecessary tangle while moving on to solving new questions.
If you’ve done your research, it is advised by professionals and experts that the best preparation strategy is to break the time frame into phases.

As mentioned above, the first phase can be conceptualization, learning and absorption of the subjects. The second phase can be the doubt-clearing phase. The final phase should be the revision and practice session. The final phase should also involve solving as much mock-tests as possible. However, this doesn’t mean one cannot solve mock-tests during the first phase itself.