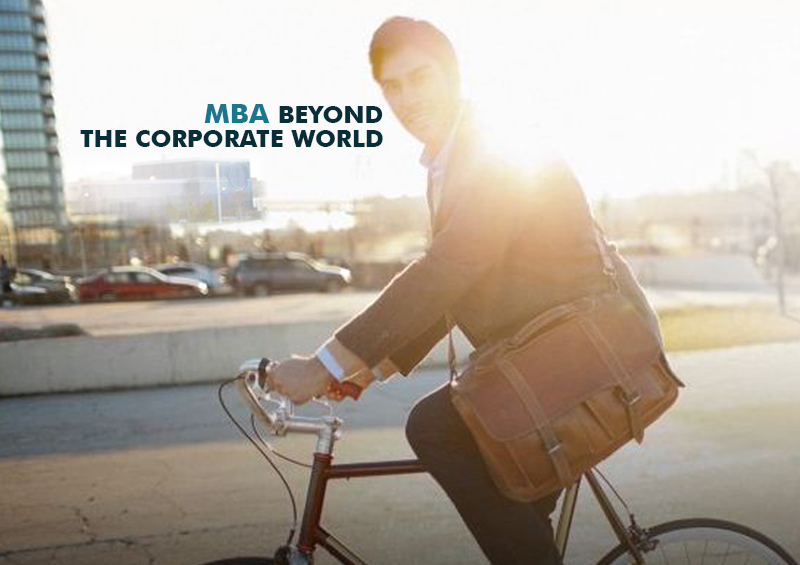 We always hear about graduates from the top management schools running successful businesses and holding top positions in billion dollar companies all around the world. Indian business schools have an arsenal of such alumni. From Indra Nooyi, who was a graduate from IIM Calcutta, to Ajit Balakrishnan, founder and CEO of Rediff and to Ajay Singh Banga, President and CEO of Mastercard, Indian B-Schools have consistently provided the world with such corporate stalwarts. However, the corporate ladder is not the only ladder one can climb and neither is the corner office the ultimate final destination after an MBA.

We all know the voice and face of Harsha Bhogle the eminent cricket pundit and commentator, what most people don’t know is that he is a graduate from IIM Ahmedabad. Another famous IIMA graduate made it big with the pen, and was inspired to write novels while studying there. That guy is none other than Chetan Bhagat, who wrote bestselling novels like “Five Point Someone”. Amish Tripathi, the author who rose to fame with his Shiva Trilogy, also happens to be a graduate from IIM Calcutta. Some graduates have also chosen the path of public service and governance; a few of the many examples are Arvind Subramaniam, Chief Economic Adviser to the Government of India, Prem Das Rai, MP of the 15th Lok Sabha, K. Radhakrishnan, former chairman of ISRO and Dr. Raghuram Rajan, Governor of RBI. Dr. Jairam Ramesh, former Union Minister, himself said in a discussion with the students of ISB in Mohali that management students can bolster administrative services.

One thing however is certain that, wherever the graduates of the top Indian B-Schools go, they excel. This is because management studies imparted in these colleges involves more than books and coursework. It aims at the holistic development of the student’s personality and brings out the best in them.