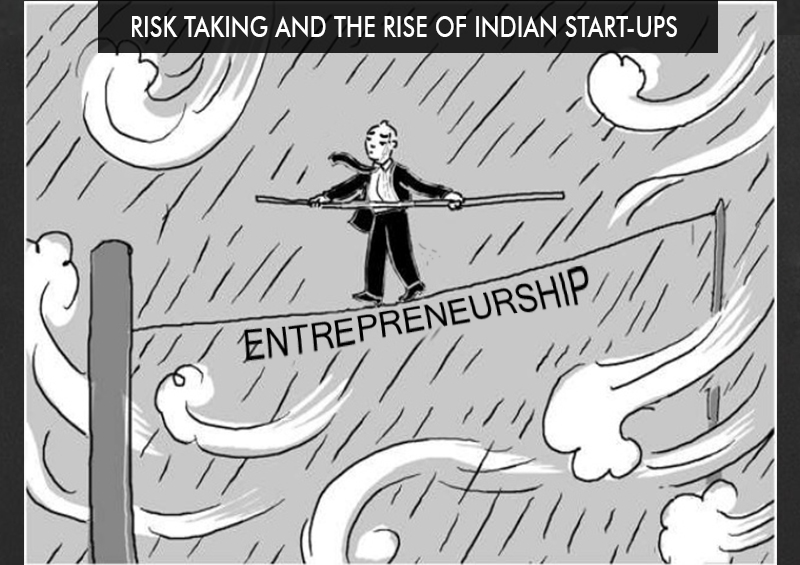 What is Entrepreneurship? It is the process of starting a business, a start-up company or any other organization. While a degree in Management is not a necessary prerequisite to becoming an entrepreneur, successful entrepreneurs display amazing management skill. MBA students definitely have an edge over the others when it comes to starting businesses and start-ups. The question arises that why should students from top management schools take the risk of entrepreneurship.

Entrepreneurship in India has received an unprecedented boost and with venture capitalists pouring in US$ 1.35 Billion into 69 deals in the first quarter of the year, Indian entrepreneurs are receiving funds like never before. The effect of such a positive attitude towards entrepreneurship can be seen in the meteoric rise of companies like Flipkart and Snapdeal, that have already achieved a valuation of US$ 1 Billion or higher.
Start-ups tend to fail. Despite the high funding received by most start-ups, a lot of them have improper revenue models and have spent recklessly on branding, which is a recipe for disaster. This should not be disheartening, because failing is very much in the nature of entrepreneurship. A lot many start-ups have failed or have been acquired by bigger companies, but the ones that have prevailed have revolutionized entire industries and will go on to inspire new age entrepreneurs in the long run.

Another aspect of the booming start-up industry is that along with big funding, a lot of start-ups have changed hands by means of various acquisition deals. As per a news story of Economic Times “Data from Traxcn, a startup that tracks deal-making involving startups, tell the story. In all of 2014, 43 startups were acquired; so far this year 41 have been bought. And the best part is that startups themselves have been the most acquisitive of the lot. Of the 41, just two deals were struck by large corporates – Godrej and Mahindra & Mahindra were the buyers.”

Such acquisitions have shown the nerve of Indian start-ups and the surfacing of a new breed of entrepreneurs and venture capitalists that are not afraid to take risks and have an amazing level of confidence in their businesses. The Indian Start-ups are now aiming for faster growth and have shown tremendous capability in dealing with the challenges of integration and refreshing and renewing their cultures and mindsets, which is the key to the survival of any successful business.
All these developments reflect that entrepreneurship as a career path for management students has gained importance and should be given its due share of consideration that it demands.