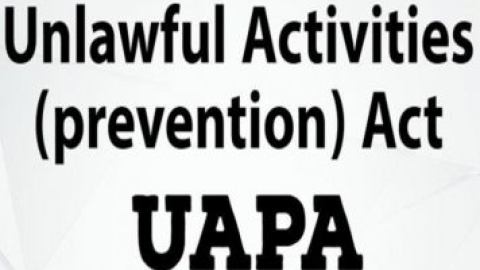 KEY FEATURES OF THE BILL

Terrorism is a global problem and the UN along with several other countries, have provisions in their laws to designate individuals as terrorists. An individual’s psychology is the birth place of Terrorism, rather than an institution. If, in the first place, an individual is stopped from attracting other individuals into terrorism by providing ideological and financial support, this menace can be finished. Hence, designating an individual as terrorist, after following the due process of law, is of prime importance to nip terrorism in the bud.

Union Minister for Home Affairs replying to the debate on the Bill, appealed to the House to pass the bill unanimously to send a strong message to the world that terrorists are the enemies of humanity and India is committed to finish terror from its soil.

Government should maintain balance between fundamental rights and national security. Hence it should finish cases as soon as possible along with guidelines to be followed and not as a tool to stop voice against it