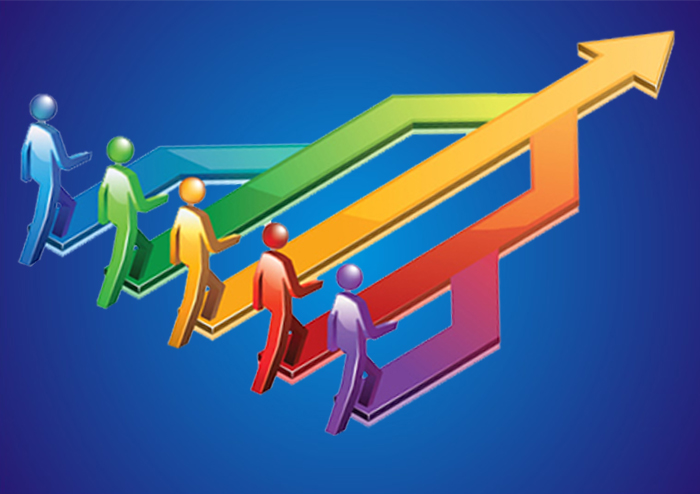 Before understanding the strategy to deal with the LIC AAO examination, let us understand the examination pattern and the previous yearsâ€™ cut offs.

From the above two tables, we can conclude that:

So, a practical target to safeguard the position is 250+, assuming an average performance in the interview. Even in the worst case scenario, it has to be 225+.

Although I generally say that one should go with a blank mind while attempting any examination, as a predefined target puts a lot of constraints and pressure and the target might be misjudged if the level of difficulty of the question paper goes up or down. A clear example is shown in the above table as well.

For 750 vacancies in 2013, the written cut off was 225 whereas for 200 vacancies, the written cut off was 220, which can be considered almost the same. Although it is said that if the number of vacancies go down, the cut off goes higher as lesser candidates will be called for interview (The standard is to call 3 times the number of vacancies). So, the interpretation is either the question paper in 2013 was very easy or the one in 2015 was very difficult. Another possibility is that the authorities might have prefixed the cut off and did not consider the 3 times factor, for which the probability is very low.

So, assuming that the level of difficulty will not significantly vary and the only benchmarks that we have to consider is cut off Â of 220 or 225, we have to assume the same target only.

Now, how do we score these 225+ marks? What should be the break up for each section?

Although, each candidate has his own strengths, still it is considered that the Computer Knowledge section is of very low difficulty level, in which attempting 27+ questions should not be a challenge and which will approximately take 15 minutes. So, with this a candidate has secured 54+ marks and now the remaining target is another 171 marks.

Since, one has spent a good enough time in the last section, a wise idea would be go for a section which takes less time like English (qualifying in nature) where an attempt of 18 questions in 12 minutes is enough to ensure that one qualifies in the examination.

After this, once the timing is balanced, Reasoning should be picked up with a target of scoring 70 marks again. The targets can be same as that of Quantitative Ability like 25 questions in 35 minutes with 90% accuracy.

Now, in the next 20 minutes, a minimum of 18 questions needs to be attempted to meet the target of 225+. After this, whatever one may add will be a bonus and will help him getting a higher rank and increasing the probability of being finally selected.

A few of you might be thinking that it is very easy to say that one should attempt 25 questions in Reasoning or Quantitative Ability but itâ€™s not that easy. But the fact is, it can be made easy if a proper strategy is applied.

If you look at the previous question papers of LIC and other insurance examinations, you will find that a certain pattern is followed. Out of the 30 questions, 25-27 questions are repeated with different values and slightly different logic but concept and topic remains the same. The only thing that needs to be done is going through the old papers or similar papers. A test series from a reputed institute can help you a lot in this aspect. You just need to go through 4-5 question papers and it is all done.

I hope the above information must have helped you to devise a strategy for yourself.