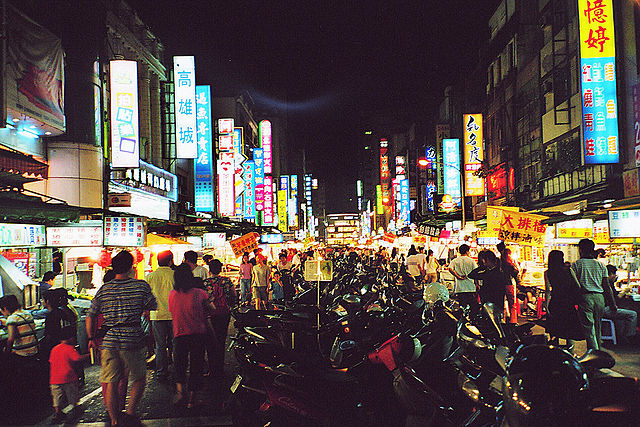 Taiwan has a non-stop, 24-hour eating culture. Street food in Taiwan has been said to rival even Singapore’s. The best part about Taiwan is that you will find the best foods and delicacies in Taiwan’s Night Markets (and at affordable rates too!). Listed below is a brief summary of what Taiwan’s night markets are to give you a fair sense of what it is.

What is Taiwan Night Market?

History of Night Markets in Taiwan

Night markets in Taiwan are famous for their xiaochi. Xiaochi is an important category of Chinese food which literally translates to “small eats”. These dishes are often served as carry-out items and are offered at low prices, usually around $30 to $50 NTD (≈$1–$1.75 USD). Visitors who expect to eat enough to be full during a trip to the night market will usually spend around $100NTD – $300NTD (≈$3–$10 USD).

While some of the xiaochi foods that are available in Taiwan’s Night Markets often change year after year, certain xiaochi foods are so eternal, they never die. For instance, oyster omelets, chicken shawarma, and stinky tofu have become staples in many night markets. They continue to be all time favorites. Some areas are often famous for certain delicacies. We have listed them below

Tainan is famous for it’s ta-a noodles and coffin cakes. Coffee cakes are basically bread which is baked into the shape of a stuffed, hollowed out coffin.

The Shilin Night Market in Taipei is particularly well known for serving tasty fried chicken breast in large portions at a low price.

The iron egg from Tamsui is a major crowd puller. Iron eggs are a specialty egg-based dish from Taiwan. They are considered a delicacy and is said to have originated in the Tamsui District of New Taipei City. The dish consists of small eggs that have been repeatedly stewed in a mix of spices and air-dried. The resulting eggs are dark brown on the outside, chewy in texture, and very flavorful compared to standard boiled eggs. It has been said to taste “sweet, spicy and slightly salty with a concentrated egg flavor—a great snack with drinks”.