Will MBA still add value to your CV after 2020?
CLOSE 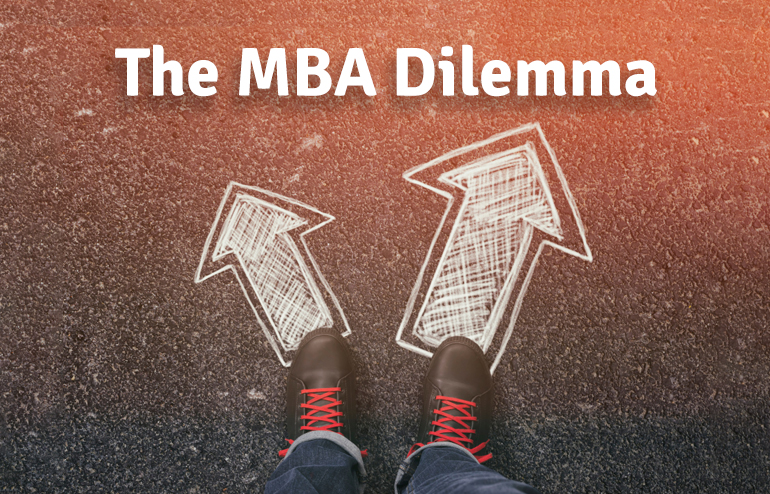 With the increasingly high costs of higher education, coupled with an almost proportionally increasing dissatisfaction with its value and real-life applications, many aspiring professionals start to wonder if it’s even worth going to university anymore.

Being one of the more demanding educational paths, both in terms of time and efforts, MBAs are naturally suffering from this bad reputation as well.

Aspiring business professionals are starting to ask themselves if MBAs still hold the same promise for future success in the business world or if their authority is starting to lose some of its weight in a rapidly changing business landscape.

According to the B-School Alumni Employment Report, Alumni Perspectives Survey 2018 report by the Graduate Management Admission Council (GMAC), more often than not, MBA can still set you up for great success in the business world.

Most of the business school alumni who participated in the authoritative survey are happy with their choice to pursue graduate management education. They believe it accelerated their careers in comparison to peers who chose otherwise. Even if that may be more of a belief than a fact, although it’s coming from people who almost solely believe in facts, the actual, hard stats support it as well.

“The median base salary among alumni is US$115,000, with variation by job level and location,” the report states.

Even after you account for the generally higher living costs in the U.S. compared to other countries, the difference between the salaries of U.S. business professionals and the rest is still pronounced.

Entrepreneurships and start-ups have become buzzwords lately, and it seems as MBAs are closely adjusting to these disruptive business models accordingly.

While 10% of the participants in the Alumni Perspectives Alumni Survey 2018 Report were entrepreneurs, only a year later, another study of 1,000 worldwide MBA applicants finds that 20% of them want to take up MBA in order to start their own business.

So, with such positive stats, where is the doubt in MBA stem from?

The value-added ratio is a term, traced back to writer James Fallows and his critical article of MBA called The Case Against Credentialism which appeared in The Atlantic in the distant 1985.

Value-added ratio is much simpler than it sounds. It’s basically how much an MBA degree contributes to a graduate’s salary, compared to how much it cost the graduate to obtain.

Fallow’s criticism stems from the fact that the value-added ratio of MBAs had fallen significantly over the years before he wrote his piece in 1985. What’s worse is that since then, it has fallen even more, almost plummeted.

On the one hand, this is because while the average salaries of MBA graduates may be gradually increasing overall, so are the costs of MBAs, but at more rapid rates.

Competition and Supply and Demand

On the other hand, competition in the business world is much fiercer than it ever was, driving supply way up while bringing demand relatively down.

In 1985, there were roughly 67,000 MBA graduate annually worldwide. Now, only the U.S. is responsible for over 200,000 business graduates. Even when you account for inflation and progress, the pie today isn’t anywhere near big enough to make up for that huge rise in demand.

That being said, it’s also worth mentioning that many business schools put a strong emphasis on generous scholarships – a variable that definitely improves the value-added ratio.

Harvard Business School spends over $36 million a year on fellowships for MBA students, with nearly half of every class getting some kind of awards. When you take this into account, its value-added ratio jumps to 3.7, which is much closer to its glory days.

Will MBA Still Add Value to Your CV After 2020?

In short, yes, even though this is not a question for short answers.

Even more so than with other higher education, the answer depends on the individual’s goals and current position. Even though everyone strives to earn more, aspiring business professionals vary tremendously, but luckily, so do MBAs.

Taking a path as costly and arduous as MBA isn’t worth it if the graduate isn’t planning to truly make the most of the final destination. For those that do plan to stick around at the top of the business world, investing in a quality MBA seems to be a secure investment, with 93% of alumni willing to do an MBA all over again if they had to.

Gagandeep Kundi has been writing education related blogs since 2015 and is currently in the final year of his Master’s degree from the Poznań University of Economics and Business.