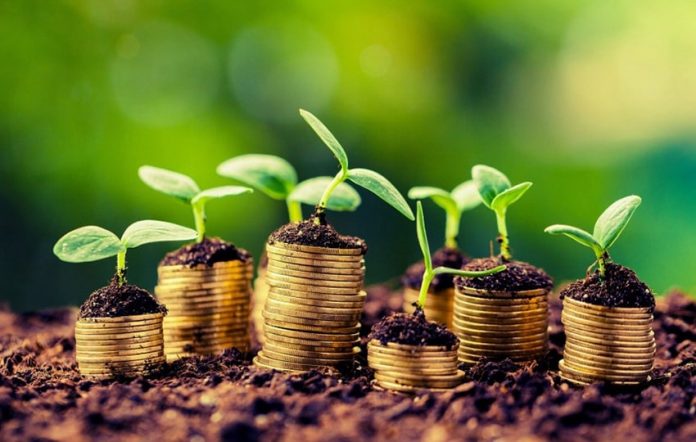 It’s been more than a week now since the farmers from the state of Punjab and Haryana have been agitating at the border between Delhi and Haryana. From badhs to blocked roads and mass rallies, farmers are doing everything to protest the three bills on the agricultural reforms passed by the Parliament. It is also important to note that while their protest is centered on these three bills, they are also against the proposed Electricity (Amendment) Bill, 2020. To understand the reason behind this agitation, we need to first understand the amendments and the bills first.

What is the need for amendment?

The three bills aim to change the way agricultural produce is marketed, sold, and stored across the country. The question is why were these amendments needed? To answer this, we need to look at a brief history of the agricultural laws in the country.

India, being primarily an agrarian economy, was riddled with the problems of the zamindari system at the time of Independence. That meant, the farmers were always perpetually in debt of these zamindars or money lenders because of their requirement of necessary commodities like seeds, fertilizers, and other things required for growing crops. The products were sold directly to the consumers. This entire process was very exploitative and end the plight of the farmers, the government introduced the APMC (Agricultural Produce Market Committee) in the year 1960. These APMCs set up Mandis and markets (around 7000) across India where farmer’s produce was sold.

Now, here in these mandis set up by the APMC, the harvested crops were brought and sold through auctioning to the middlemen (Arhatiyas) and not to the Government. These middlemen are licensed by the government and shops, storage facilities are provided to them in APMC markets. This entire system of APMC formulated a successful ecosystem that included accountants, laborers etc., and the taxes were charged by the state government. So basically, the government was indirectly aware of the prices of each of these produce.

The produce that was not purchased by these middlemen, were then sold off to the government at a price which is called Minimum Support Price or MSP. This MSP remains constant throughout the country and it also helped in setting a benchmark price for the middlemen as well.

The question now is if there was a full-proof system in place, then what was the need for amendment. While this current protest by the farmers has been thoroughly highlighted by the media, over the past years there have been multiple such protests which were never brought to anyone’s attention. If you missed out on the past protest, consider the number of farmer suicides that have happened in the past many years. The National Crime Bureau in its report in the year 2018 reported that around 10,350 farmer suicides were “reported”. This certainly doesn’t paint a good picture. The issue was, this APMC system which was developed in 1960 keeping in mind that era, led to the exploitation of the farmers. The middlemen used their position as the buyers to exploit the farmers. Consider this situation, we buy onions at the price of Rs. 60-80 per kg but the MSP for the same is around Rs. 8-10 per kg. The difference amount remained with the middlemen.

Therefore, to remove these issues, the amendments were introduced. The bill seeks to reform the entire way in which these produce will be sold and stored in the market.

What are the bills?

The three bills in question, The Farmers Produce Trade and Commerce (Promotion and Facilitation) Bill, 2020, The Farmers (Empowerment and Protection) Agreement on Price Assurance and Farm Service Bill, 2020 and The Essential Commodities (Amendment) Bill, 2020 were initially introduced as ordinances in June. These bills were then passed by voice vote in both the Lok Sabha and the Rajya Sabha during the delayed monsoon session this month, despite vociferous Opposition protest.

The Farmers Produce Trade and Commerce (Promotion and Facilitation) Bill, 2020 allows barrier-free intra and interstate trade of farm produce. The farmers will now have the option to eliminate the middlemen and can sell directly to the International buyers at a price which will be agreed between them. The act provides the freedom of interstate and intrastate trade. The trader will have to pay on the same day as the delivery of the produce. Any person with a pan card, whether through e-commerce or physical trade can enter into direct trade with the farmers.

The Farmers (Empowerment and Protection) Agreement on Price Assurance and Farm Service Bill, 2020 will allow the farmers to enter into an agreement with firms, exporters, or large-scale buyers to produce the crops for an agreed price. The act allows for a “Farming Agreement” under Section 3 which will provide information related to the time of supply, quality, grade, quality farming practices etc. The agreement may also be linked with insurance services or central and state government’s credit schemes.

The Essential Commodities (Amendment) Bill, 2020 allows economic agents to stock food articles freely without the fear of being prosecuted for hoarding. That is, allowing unlimited stocking. How? Under the Essential Commodities Act, any item coming under the purview of the act cannot be hoarded by companies, supermarkets, etc. The rationale behind this act was that certain essential commodities like food, drugs need to be in constant supply and at an appropriate price. The new bill seeks to remove food items like Potato, Cereals, Pulses, edible oilseeds and oils, from the list of essential commodities which means unless there is dire circumstances like a war or famine or an extraordinary price rise these commodities will not be considered under the essential commodities list. Further, the government cannot impose a stock limit i.e. it cannot stop a supermarket chain or a retailer from hoarding unless there is a 100% (percent) increase in the price of perishable goods or 50% (percent) increase in price of non-perishable goods. All items removed from the essential commodities act are Rice, Wheat, Potatoes, Onions, and Oil.

What are the benefits of these Amendments?

Why is the freedom being protested by the Farmers?

Now, the major question, if the amendments are allowing farmers to trade directly and avoid exploitation, then why is it being protested by the farmers? The answer is – drafting the legislation and then implementing it. While the law per se looks good, it has some major implementation loopholes. The amendments are made for the entire country and this is being done without any discussion with the state government (who are going to be hugely affected) or with the experts in the field.

The amendments would result in the end of “mandis” or APMC as the farmers would directly deal with the private markets and no taxes will be levied on such private markets. All companies and traders will now buy produce directly from the farmers resulting in the end of APMC. This could result in major revenue losses for the state governments with zero assurance from the union government for making up such losses. Eg. The Punjab government charges 6% mandi tax and thereby earns annual revenue of Rs. 3500 crore. The federal system of the government is going to be hugely affected by this. Agriculture falls under the state list and the Central government should not be making legislation on this subject at all.

A substantial loss in employment and source of income for the middlemen too cannot be ignored. Also, more than 80% of the farmers in the country are from the marginalized section which means their position to negotiate is low in from of the corporate houses. The exploitation because of which the act was brought into the picture, could multiply manifold.

Not to ignore, the end of APMC would mean the end of MSP. And, it is for this reason the farmers are raising the slogan “Mandi Bachao”.

Another question that can be raised here, were farmers not allowed to sell directly to the retailers till now? The answer is no. The farmers already had the option to sell directly. A producer of any goods has the option to sell his produce anywhere he wants. But the same does not happen because our farmers do not have the medium and money to transport goods from one place to another because the government itself says more than 80% of farmers are marginalized. Such marginalized farmers could never stand the negotiating power of the big corporate houses.

Why the term Privatisation?

Another term that is being thrown around in these protests is “Privatisation”. Contract farming is looked upon as privatization of farming, two major concerns here are that farmers will never be able to negotiate with the corporate sector. The act does not prescribe or specify that the contract price of the crop should be at least equivalent or above the MSP. It means the contractor/companies can pay whatever price they want to the farmer.

Being big private companies, exporters, wholesalers, and processors, they will always have an edge in disputes. A written contract is not mandatory which means farmers will never be able to prove a violation of terms of the contract. Farmers have a valid point because they have seen privatization in markets of seeds and fertilizers where the government believed prices will go down because of competition but the results are opposite, and farmers fear the same in this case also.

Limits of hoarding have been removed because the situation of ‘Extraordinary price rise’ is way too high to reach which simply means big private players can any time cause artificial price fluctuation. Not only farmers will be affected by it, but consumers will also be affected because the main goal or focus of a private company will be to raise its profits.

What the Centre doing?

While one eye is on the protests, another is on what the Central Government is doing to satisfy the grievances of the farmers. The answer again is nothing. The Central ministers and Prime Minister Narendra Modi have tried reassuring the farmers that the government has no plans to end the government procurement system nor the MSP policy. But fear, misconceptions persist and the two sparring parties have not had meaningful negotiations.

Every legislation has its own loopholes. But that is the job of the government to cover them up. Besides, in an agrarian economy, the plight and voice of the farmers cannot and should not be ignored. And just because economies like that of US and UK are doing so, cannot be a valid argument. From what can be seen, the government, as in the case of a previous protest that shook the country at the beginning of this year, is standing firm on its ground and has already stated that it will not change anything. For the government, it is their own “Masterstroke”. Only time will tell, the result of this bill.