We are sure, you would be anxious to know more about DU JAT 2016.

DU JAT 2016 – Joint Admission Test for enrolment in Bachelor of Management Studies (BMS) 2016 was held on June 20, 2016 between 4:00 p.m. to 6:00 p.m. The exam was conducted by University of Delhi. The pattern of the exam is on the same lines as that of the last year. Each question carried three marks and there was a negative marking of one mark for each incorrect answer.
There were broadly four sections of the paper, wiz General Awareness, General English, Analytical & Logical Reasoning and Quantitative Aptitude with 30 questions belonging to each section. Overall, the level of the paper was moderate.

The pattern of the paper is as given below:

General English Analysis in DU JAT 2016
Like last year, this year too, questions were mostly based on vocabulary. Questions on synonyms, word meanings and idioms were of a moderate level of difficulty. A slight twist in the pattern from that of last year’s was the appearance of para-jumbles. Five para-jumbles of moderate level of difficulty were asked. One easy passage with five questions was asked.  Questions on fill in the blanks and vocabulary could be attempted by understanding the context of the sentences. A score of approximately 53-58 would be a good score in this section.

Analytical & Logical Reasoning Analysis in DU JAT 2016
A majority of questions in this section were based on, Arrangement and Comparisons. A few questions were from puzzles, series, coding decoding and blood relations. Surprisingly, none of the questions based on data interpretation appeared this time. A good score in this section would be 60 – 65.

Quantitative Aptitude Analysis in DU JAT 2016
A majority of questions were based on higher Mathematics. The section had a good mix of questions from areas like Set theory, Relations and Functions, Calculus, Co-ordinate geometry, Vectors, Inequality etc. The difficulty level of these questions ranged from moderate to difficult. A score of around 55 – 60 could be considered a decent score.

There has been a revised notification from DU. According to the same, there will be GD PI round for the BBE program as well.

Please note: All information on cut-offs, analysis, answer key and scores are based on independent analysis and evaluation made by Career Launcher. We do not take responsibility for any decision that might be taken, based on this information.

In case of any query about DU JAT 2016, free to leave connect via the comments section below. We will keep you posted about updates on the same. 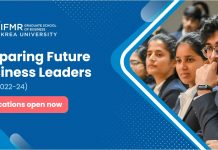 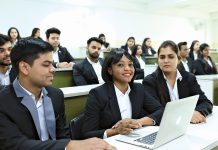 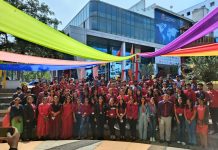