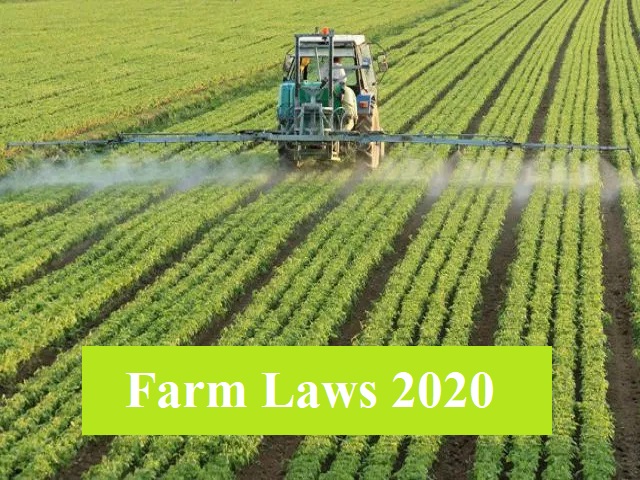 The current stand­off between farmers and the government still continued even after a few rounds of discussion. The latest proposal by the government indicates its willingness to amend the three agriculture-related Acts passed in the month of September. On the contentious issues of registration of private traders, levy of taxes on trade outside the Agricultural Produce Market Committee (APMC) mandis, the government has proposed amendments which will empower the States to frame rules on these issues. Similar assurances have been given on access to the judiciary for dispute resolution and continuation of the Minimum Support Price (MSP) mechanism. However, farmer unions have rejected the proposal and continue to demand complete withdrawal of the three Acts along with making MSP a guarantee.

About Farm Laws and its contentious provisions

On contract farming: The Farmer (Empowerment and Protection) Agreement of Price Assurance and Farm Service Act, 2020

Reasons of the Crisis in Agriculture

Source: The Hindu; Times of India and PRS