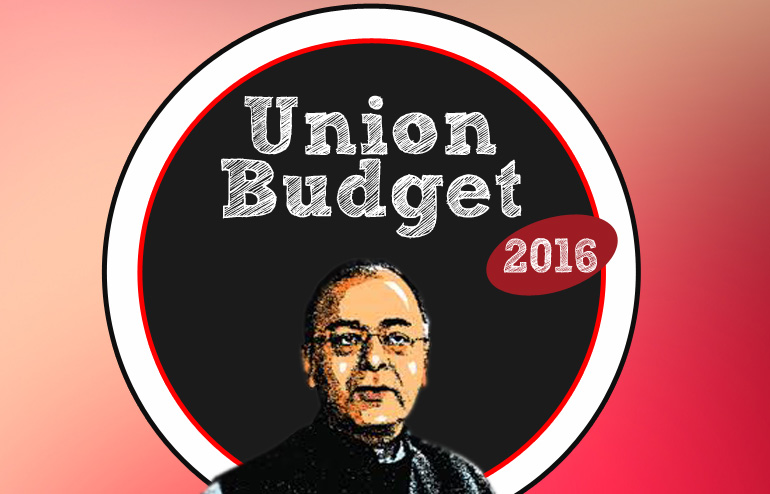 The much awaited financial document of the year, Union Budget 2016, has been tabled in the parliament. This year’s budget is nothing short of a grand challenge for the government with the Prime Minister calling it his “exam” in one of his radio talks with students. This year, the budget date coincides with Oscars, but the jury in Mr.Modi’s case is much bigger:1 billion+ people of India!

Why is it a test for the government?

1) Global Economy Slowdown – About a year ago, Chief Economic Adviser (CEA) Arvind Subramaniam projected a GDP growth rate of 8.1-8.5%. The real expected growth rate is somewhere around 7.6%. With the spiraling down of oil prices, devaluation of Yuan and deflationary pressures in Europe and Japan, the global economic picture is anything but rosy.

There have been demands from industry to loosen the fiscal deficit targets to boost public spending.

2) One Rank One Pension – Annual expenditure addition for OROP is estimated to be around Rs.7,500 crore.

4) Bank Recapitalization – Public Sector Banks are struggling with Non-Performing Assets on their balance sheets. As per estimates, PSBs would need additional capital of up to Rs 240,000 crore by 2018 to meet the Basel III capital adequacy norms, put in place to guard against a repeat of the situation following the 2008 US financial crisis.

Keeping in mind these factors, the Union Budget lays more stress on firefighting rather than path breaking reforms!

Union Budget 2016 – What have been the major policy highlights?

1) FY17 Fiscal deficit target at 3.5 per cent. No change in fiscal roadmap. Finance Minister has proposed the setting up of a committee to review the entire road map mandated by the Fiscal Responsibility and Budget Management Act of 2003 to study the possibility of having a target range instead of fixed numbers that would give the government the needed policy space to align a fiscal expansion or contraction with credit availability.

2) RBI Act to be amended to give statutory basis for monetary policy framework.

3) Enactment of law for statutory platform to Aadhaar platform.

4) Amendment to the Companies Act to ensure speedy registration and boost start-ups.

6) Instead of 12 per cent, 15 per cent surcharge on income tax for those with incomes exceeding Rs. 1 crore per annum

8) Infrastructure cess of 1 per cent on small petrol, LPG and CNG cars; 2.5 per cent on diesel cars of certain specifications; 4 per cent on higher-end models

Proceeds would be exclusively used for financing initiatives for improvement of agriculture and welfare of farmers.

Union Budget 2016 – What does the poor farmer get?

1) A dedicated irrigation fund worth Rs 20,000 crore to be set up under NABARD.

2) 5 lakh acres to be brought under organic farming over a three year period.

3) Total allocation for agriculture and farmersâ€™ welfare is Rs. 35,984 crores.

4) Government will reorient its intervention in the farm and non-farm sector to double the income of farmers by 2022.

5) Nominal premium and highest ever compensation in case of crop loss under the PM Fasal Bima Yojna.

6) Unified e-platform for farmers to be inaugurated on Dr. Ambedkar’s birthday.

7) 28.5 lakh hectares of land will be brought under irrigation.

8) Rs 60,000 crore for recharging of ground water as there is an urgent need to focus on drought hit areas cluster development for water conservation.

Union Budget 2016 – What is there for the industry?

1) Start Ups: Exemption for 3 out of 5 years. MAT (Minimum Alternate Tax) applies. Capital Gains not taxed where investment made in notified funds or in start ups where they hold majority.

2) Companies Act to be amended to facilitate ease of doing business, Start-ups to be able register in one day.

3) Lower corporate for next financial year for companies upto Rs. 5 crore turnover to 29 per cent for 2015

6) Customs Act to be amended to provide for deferred payment of custom duty for importers & exporters within proven track record.

7) 100% FDI through FAPB route in marketing of food products produced and manufactured in India.

Union Budget 2016 – How does health and education fair?

3) New health care scheme with Rs. 1 lakh cover for each family to be initiated. Senior citizens will get additional healthcare cover of Rs. 30,000 under the new scheme.

4) A national careers service was launched in July 2015. Proposal to make 100 model career centres operational by the end of 2016.

5) Objective to skill 1 crore youth in the next 3 years under the PM Kaushal Vikas Yojna.

8) 10 public and 10 private educational institutions to be made world-class.

9) Scheme to get Rs.500 cr for promoting entrepreneurship among SC/ST

10) PM Jan Aushadhi Yojana to be strengthened, 300 generic drug store to be opened

Union Budget 2016 – What are the outlays on various schemes?

5) Mission to provide an LPG connection in the name of women members of poor households.

Major themes in the Budget 2016