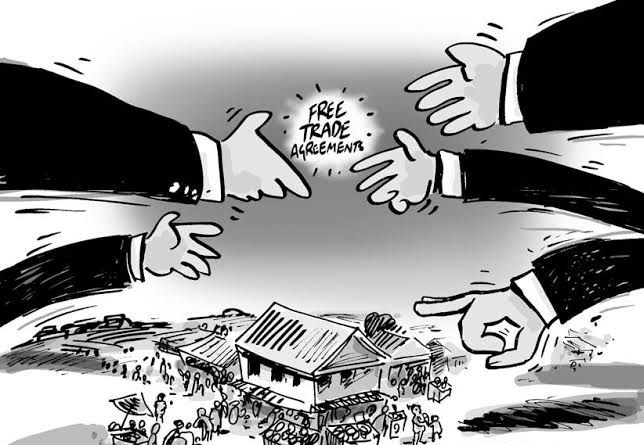 India’s brave and bold step in exiting the RCEP negotiation. India cited the following reason in the answer laid down in the parliament:-

“During the 3rd RCEP Leaders Summit which was held on 4 November, 2019 in Bangkok, India stated that the current structure of RCEP did not reflect the RCEP Guiding Principles or address the outstanding issues and concerns of India, in the light of which India did not join RCEP. While RCEP was intended to provide mutually beneficial outcomes for RCEP countries including India, the current structure did not adequately address ambition and concerns of India’s stakeholders”

RCEP issue brought to the center the subject of Plurilateral, Regional Trade Agreement and Multilateral Agreements. These agreements can take the form of Free Trade Agreement, Custom Union etc.

Five different forms of PTAs are –

Ever since Adam Smith published The Wealth of Nations in 1776, the vast majority of economists have accepted the proposition that free trade among nations improves overall economic welfare.

Free trade, usually defined as the absence of tariffs, quotas, or other governmental impediments to international trade, allows each country to specialize in the goods that it can produce cheaply and efficiently relative to other countries. Such specialization enables all countries to achieve higher real incomes. While virtually all economists think free trade is desirable, they differ on how best to make the transition from tariffs and quotas to free trade. The three basic approaches to trade reform are

Some countries, such as Britain in the nineteenth century and Chile and South Korea in recent decades, have undertaken unilateral tariff reductions—reductions made independently and without reciprocal action by other countries. The advantages of unilateral free trade are:

The best possible outcome of trade negotiations is a multilateral agreement that includes all major trading countries. Then free trade is widened to allow many participants to achieve the greatest possible gains from trade. The General Agreement on Tariffs and Trade (GATT), which the United States helped found after World War II, is an excellent example of a multilateral trade arrangement.

Although GATT embodies the principle of nondiscrimination in international trade, Article 24 of GATT permits the formation of “customs unions” among GATT members. A customs union is a group of countries that eliminate all tariffs on trade among themselves but maintain a common external tariff on trade with countries outside the union (thus technically violating MFN). This exception was designed in part to accommodate the formation of the European Economic Community (EC) in 1958. GATT also permits free trade areas (FTAs), such as the European Free Trade Area, which is composed primarily of Scandinavian countries. Members of FTAs eliminate tariffs on trade with each other but retain autonomy in determining their tariffs with nonmembers. Regional trade agreements (RTAs) have become increasingly prevalent since the early 1990s.