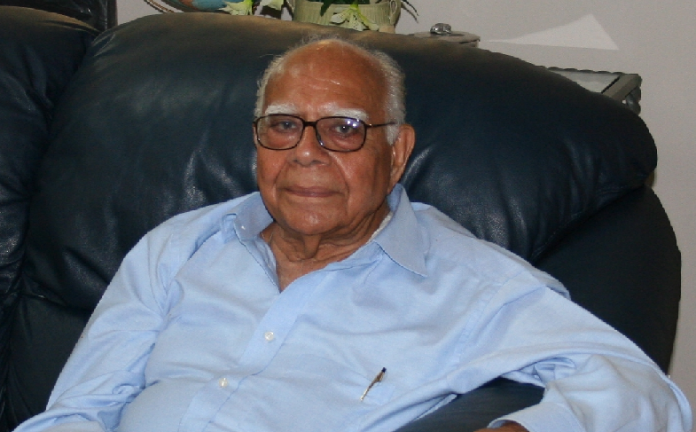 Ram Jethmalani, the man who was always on the defence side of the arguments table, but he knew how to win it. He was the patron saint of lost causes, the defender of the indefensible, and the enfant terrible of the legal profession. Ram Jethmalani, the doyen of criminal law, the nonagenarian lawyer passed away at the age of 95 years on 8th September 2019. Here is a look into his life and the most high-profile cases handled by him.

Born in 1923, he obtained his law degree at an early age of 17 from Shahani law College in Karachi – Bombay University. A precocious talent, Jethmalani received double and triple promotions in school and ended up graduating at a very young age.

The very first case that he argued was before the Sindh High Court, where as a teenager, he defended his right to practice as a lawyer. He made the Bar Council amend the rules and introduce an exception for him to apply under it. A resolution was then passed that he would be enrolled at the age of eighteen.

The next big thing that he did made him famous as a “rookie” in the corridors of Bombay High Court. During the early 1940s, he was practising under AK Brohi, who went on to become the Minister of Law and Justice of Pakistan. On his advice, he left Sindh at the time of Partition and shifted to Bombay. At that time, the then CM of Maharashtra, Moraji Desai has passed a law called the Bombay Refugees Act to throw out people migrating from Pakistan. Jethmalani challenged the law in the Bombay High Court and won it. The High Court was abuzz with whispers about him.

His Shot to Limelight – The Nanavati Case

Jethmalani shot to actual limelight with the K.M.Nanavati case. In that case, KM Nanavati, a Naval Commander, was tried for the charge of murdering Prem Ahuja, his wife’s lover. The case attracted much media attention then, with public sympathy titled towards Nanavati. Jethmalani was hired by Prem Ahuja’s sister to lead the legal team to help with the prosecution strategy. The case was tried before a jury, which ultimately went on to acquit Nanavati. The matter was referred to the High Court. In the Bombay High Court, he would work with YV Chandrachud who would go on to become the Chief Justice of India. The Bombay High Court reversed the verdict and held Nanavati guilty of murder. Jury trials were abolished after this case.

The Nanavati case gave Jethmalani a platform to stamp his mark on the legal profession. He would almost make it a habit to defend those that were already deemed guilty by the public. And while he charged astronomical fees during his heyday, he also did quite a few matters pro bono.

Emergency and the ADM Jabalpur Case

Jethmalani was a fierce critic of the Emergency imposed by the Indira Gandhi-led government in 1975. An arrest warrant was issued against him for speaking against the Emergency at a function organised by lawyers in Palghat district in Kerela but he was able to dodge arrest. He teamed up with advocates Shanti Bhushan, Anil Diwan etc. to challenge before the Supreme Court the detentions of several political leaders. He once in an interview mentioned a particular argument he made before the Bench headed by Chief Justice AN Ray. Also part of the Bench was now Justice YV Chandrachud.

“I remember making a particular argument taking the example of Ghana. The Chief Justice of that place helped the government draft a law. And when the law came into force, the Chief Justice was the first to be picked up. For two years, nobody heard of him. Then, there was a cryptic announcement that he died of natural causes.”

In his inimitable audacious style, he used this example to warn the Bench,

“That is a fate that awaits you, Mr Chief Justice. So, I am appearing for you too!”

Jethmalani appeared for two persons who were accused as conspirators in the case – Balbir Singh and Kehar Singh. In an interview about his decision to defend persons who are despised in public forum, he stated, “I decide according to my conscience who to defend. A lawyer who refuses to defend a person on the grounds that people believe him to be guilty is himself guilty of professional misconduct”

Jethmalani was a person who wasn’t wary of the controversy. He went on to defend the convicts in the Rajiv Gandhi Assassination case, Harshad Mehta and Ketan Parekh in the 1990s stock market scam, SAR Geelani against his conviction by the trial court in the Parliament attack case, former Tamil Nadu CM Jayalalitha in disproportionate assets case, Lalu Prasad Yadav in the fodder scam case, Manu Sharma in the Jessica Lall case, Kanimozhi in 2G spectrum case, L K Advani in the Jain hawala case, Amit Shah in the Sohrabuddin encounter case, Asaram Bapu in the sexual assault case which gave him the title “The man who defended the wrong Bapu”, Delhi chief minister Arvind Kejriwal in the civil and criminal defamation suits filed by the late Arun Jaitley in 2015 where the former Union minister had sought Rs 10 crores in damages.

He would also dabble in politics sporadically. He helped Prime Minister Narendra Modi come to power in the 2014 elections, but later on, became his biggest critic. He publicly criticised Modi for his policies. The fight against corruption and black money deposited in foreign banks became his life’s mission. He appeared as a petitioner before the Supreme Court in 2014 seeking a Court-monitored probe into the issue of black money stashed abroad. He told the Supreme Court that the government’s promise to bring back illegal money stashed abroad was “worse than an illusion” and a “fraud on the nation”. He even paid Rs. 13 lakhs to Indian Express for an ad asking the government 12 questions on the black money issue. He retired from the legal profession in 2017 and attributed his resignation to a desire to “make things right”. “I have one goal only – to get rid of the corrupt government which I helped get power. Now I am feeling guilty and feel that I have to make things right. I am fighting a big battle against Modi and his crooked ministers.”

He was in true sense a maverick and one of the most illustrious exponents of the legal fraternity. Throughout a career spanning more than seven decades, he spoke his mind with unflinching courage, took up defence which no one would lay their hands on, he grew to be a lonely crusader against black money and corruption, and one of the strongest dissidents of the Bharatiya Janata Party.