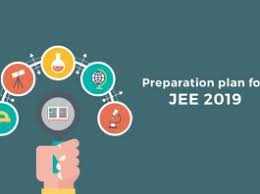 JEE (Main) – the exam formerly called AIEEE– conducted annually for filling up engineering seats in colleges throughout India and filtering students for JEE (Advanced), has now disposed of its paper-and-pencil mode,and has gone completely online.  Additionally, it has found a new ‘foster father’ in the National Testing Agency (NTA), after moving out of its old home, i.e., CBSE.

The NTA will conduct JEE (Main) in January and April. Therefore, a student now has the opportunity to attempt the test twice in a year;out of which the better score will be considered for the final rank and counseling. However, there is a caveat. Those students who have passed Class XII, as well as those who are currently studying in Class XII, and are eyeing mainly for JEE (Advanced), will find it convenient to sit for the Preliminary exam at the earliest and obtain a good rank. Thereafter, they can devote time towards preparing for JEE (Advanced) without having to worry about the hassles of appearing in JEE (Main) in April. The rest of the students, who are focusing solely on JEE (Main)might not gain any significant advantage, statistically speaking, in terms of rank because the rank will be calculated by equating the two tests along difficulty levels, using standardization and psychometric techniques.

A different set of students will be mainly targeting JEE (Main) as a diagnostic and warming-up tool. Evidently, the emphasis for this group would be to revisit the vast ocean of concepts and their application without diving too deep anywhere; and keeping the preparations level at par with that required for JEE (Main), with focus on questions that are either easy or of mid-level difficulty. It should be noted that this group will also include some students who have passed Class XII; and, are only targeting JEE (Main).

Meanwhile, pressure and stress will build on average students, as the Board exams are sandwiched between the two JEE (Main) exam dates. To tackle such a situation, they are advised to relax and treat the JEE (Main) in January as just another Mock Test.

In a nutshell, it can be concluded that everyone would end up giving the JEE (Main) exam twice, barring those students whose sole focus is making it big in the JEE (Advanced) and those who end up performing very well in their first attempt. For the rest, the first attempt at JEE (Main) will serve just as a diagnostic tool. Anyone offering organized guidance for the new JEE (Main)scenario will need to take into consideration these implications, so as to capture the pulse of the students, and be spot on in their suggestions and recommendations.

If you have any questions, write them down in the comments section below and we will get you with a prompt response.