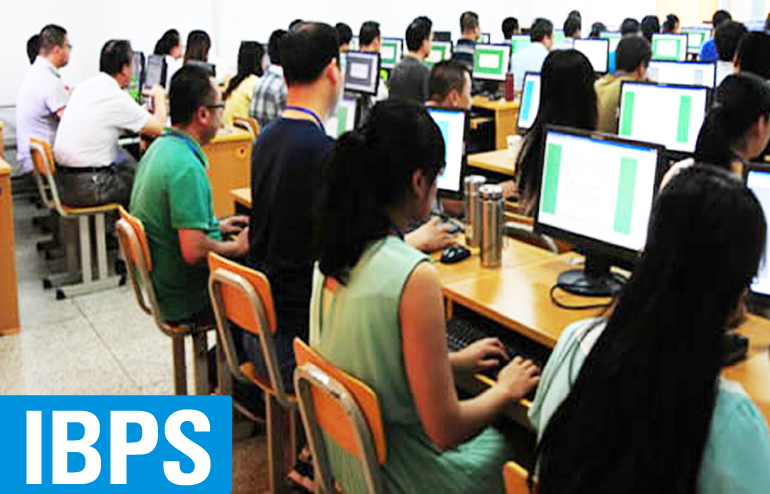 ~It is not the strongest of the species that survives neither the most intelligent. It is the one most adaptable to change~ – Charles Darwin

IBPS (Institute of Banking Personnel Selection) conducts an annual exam to fill up vacancies in its participating 23+ Public Sector Banks and financial institutions. The Common Written Examination (CWE) conducted by IBPS is a must for aspirants, who want to take up a job in any public sector and Regional Rural Banks in posts varying from clerk, probationary officer and management trainee. With lakhs of students appearing for it , it proves to be the one stop shop for most of them.

Both the examinations would be online based out of which the preliminary exam shall be of qualifying nature. The Preliminary examination will last for an hour and shall consist of 100 questions weighing 1 mark each. The candidate will be evaluated in the following subjects: English language, Quantitative aptitude, and Reasoning ability. All those successfully qualifying the preliminary cut-off shall be admitted to the main examination. The Main exam will last for 2 hours and will be divided in 5 sections of Reasoning, English language, Quantitative aptitude, General Awareness (with special reference to banking industry) and Computer knowledge. The above tests except the Test of English Language will be available bilingually, i.e. English and Hindi. The number of questions in each section would be different for clerk and PO exam. While for Clerk, each section will have 40 questions; for PO there will be 50 questions each in Reasoning and Quantitative aptitude, 40 each in English language and General awareness and 20 in Computer knowledge. In all, the entire main exam for both Clerk and PO will have 200 questions weighing 1 mark each. For each question for which a wrong answer has been given by the candidate, one fourth or 0.25 of the marks assigned to that question will be deducted as penalty to arrive at corrected score. If a question is left blank, i.e. no answer is marked by the candidate, there will be no penalty for that question. The candidates who score above the cut-off will be called for document verification and personal interview. A combined score of Main examination and personal interview shall be used to prepare the final merit list.

Another significant change which was not published in the notification but was communicated to the candidates through the admit card is of an experimental personality test to be conducted immediately after the main examination.Â  This personality test too, will be an online exam and the candidate will be judged on his ethics, morals and his ability to deal with unusual situations in day to day life of a banker. However, the score of this exam will not be considered at any stage. The questions can be of the following type:

â€œThe manager should focus only on the company goalsâ€

â€œAn old man comes to the bank and asks you to open his account. While going through the formalities you find that some of the papers are forged. What will you do?â€

Options: (a) Call the police and hand him over

(b) Report to your manager about the case

(c) Being an old man, you will still open the account

(d) You will request him to bring some other document

While attempting such questions, the chosen answer should be the one which portrays you to be a morally upright person with the ability to take decisions clearly in any situation, benefitting both the parties involved.

So, the question that remains unanswered is how should one prepare for this new two level examination? The best wayÂ  is to target both the exams from day one as there is hardly a fortnight between the prelims and the main. English language, Quantitative aptitude and Reasoning ability have a considerable overlap in both the exams and hence preparing them once will suffice at both the levels. As far as General knowledge is concerned, it is broadly from the banking awareness and following The Economic Times will serve the purpose, though, it will also have some elements of current affairs too. Computer knowledge testing is limited to basic hardware and operating system terminologies, which are available on the public platform.

With the increase in number of levels for the exam from one to two, the probability of getting selected has also increased in proportion for the ones with the right strategy.