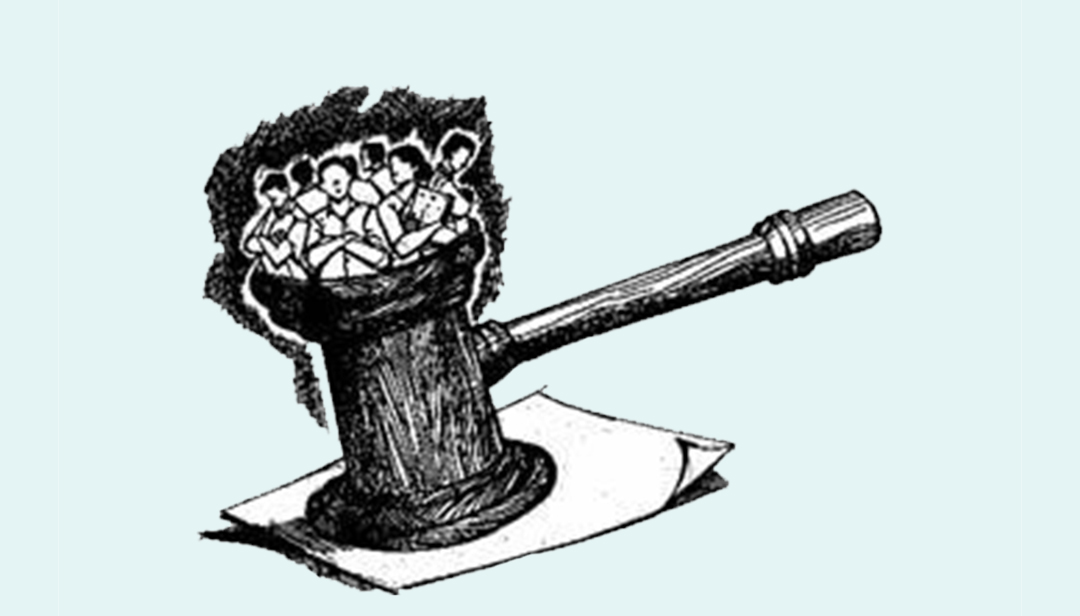 Justice cannot prevail if there is no equality. Equality is one of the pillars on which the entire legal system is based. Under the Indian Constitution, the principles of natural justice can be traced under Article 14 and Article 21.

Article 14 enshrines that every person should be treated equally. Article 21 was defined in the case of Maneka Gandhi vs. The Union of India. In this case, it was held that the law and procedure must be fair, just, and reasonable. The principle of natural justice comes into force when no prejudice is caused to anyone in any administrative action. The principle of Audi Alteram Partem is the primary notion of the principle of natural justice. This doctrine states that no one shall be condemned unheard. This ensures a fair hearing and fair justice to both the parties. Under this doctrine, both parties have the right to speak. No decision can be declared without hearing both the parties. This principle aims to allow both parties to defend themselves.

Audi alteram partem is from a Latin phrase “audiatur et altera pars”. It means ‘hear the other side’, or ‘no man should be condemned unheard’ or ‘both the sides must be heard before passing any order’. The motive of this maxim is to provide an opportunity for other parties to respond to the evidence against him.

This maxim has been applied to ensure fair play and justice to the person who is affected. It is mainly applicable in the field of administrative action. The procedure which is adopted should be just and fair. The person should be given an opportunity so that he can defend himself before the court of law. The principle of hearing is a code of procedure and thus covers every stage through which an administrative jurisdiction passes that is from notice to final determination.

The general elements of the maxim are –

If an order is passed without giving notice then it is against the principle of natural justice and is void ab initio which means void from the beginning. Before any action is taken against any person, a notice must be served to them to give him a chance to show cause. Before taking any action, it is the right of the person to know the facts. Without knowing the facts of the case, no one can defend himself.

The notice must contain the date, time, place of the hearing, and also the jurisdiction under which a case is filed. It must also contain the charges proposed against the person. If any of the things are missing in the notice then the notice will be considered invalid. Non-issuance of notice does not affect the jurisdiction but affects the rules of natural justice.

In the case of Keshav Mills Co. Ltd. v. Union of India, it was held that the notice which is given to the parties should be clear and unambiguous. If it is ambiguous and it is not clear then the notice will not be considered as reasonable and proper.

The second ingredient of audi alteram partam (hear the other side) rule is the rule of hearing. If the order is passed by the authority without providing a reasonable opportunity of being heard to the person affected by it adversely will be invalid and must be set aside as was held in the case of Harbans Lal v Commissioner, National Co-operative Bank v. Ajay Kumar and Fateh Singh v State of Rajasthan.

Evidence is considered as one of the most important parts which are brought before the court when both the parties are present there and the judicial or quasi-judicial authority will act upon the evidence which is produced before the court.

An important question is whether the right to be heard includes right to legal representation? Fairly speaking, the representation through a lawyer in the administrative adjudication is not considered as an indispensable part of the fair hearing. But, in certain situations, if the right to legal representation is denied, then it amounts to a violation of natural justice. Thus where the case involves the question of law as in the case of J.J. Mody v. the State of Bombay and another case of Krishna Chandra v. Union of India, where it was held that the denial of legal representation will amount to a violation of natural justice because in such conditions the party may not be able to understand the question of law effectively and, therefore, he should be given an opportunity of being heard fairly.

There can be an exception in cases where the statute itself excludes it (statutory exception) or in cases where a legislative function is involved, or due to the impracticability of application of the principle, or due to an inter-disciplinary action.

The principle of natural justice has evolved through civilization. It has not evolved from the constitution but from mankind itself. Every person has the right to speak and be heard when allegations are being put towards him or her. The Latin maxim, ‘Audi Alteram Partem’ is the principle of natural justice where every person gets a chance of being heard. The meaning of the maxim itself says no person shall be condemned unheard. Hence, no case or judgment can be decided without listening to the point of another party. There are many cases where this principle of natural justice is excluded, and no option is given to the party to speak. Natural justice means that justice should be given to both the parties in a just, fair and reasonable manner. Before the court, both the parties are equal and have an equal opportunity to represent them.