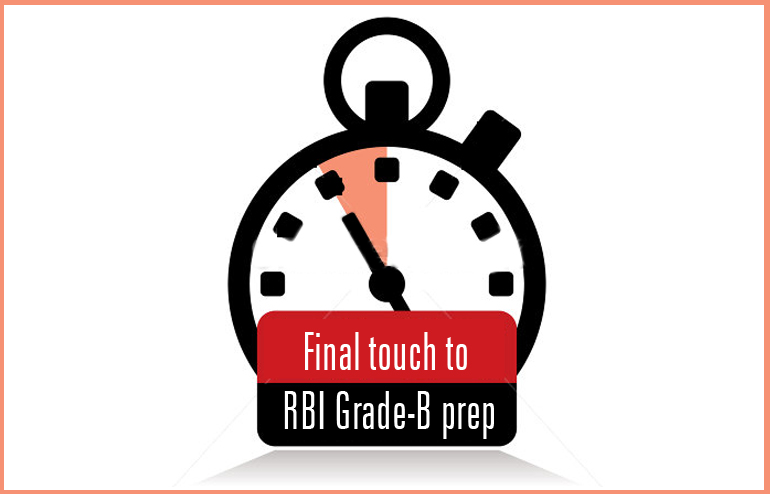 Reserve Bank of India’s (RBI) Grade B examination is not only one of the most prestigious but also one of the most sought after exams of the banking industry. Successful attempt at the exam not only gets you a managerial job in the central bank of the world’s fastest growing economy but also brings with it an annual CTC of Rs. 11-12 lakhs which is expected to increase by 20-30% with the recent pay settlement. Association with RBI is not only a bankers dream but is also the dream job of many from the IIMs who give up on their corporate offices in lieu of an association with the banker of the banks. As the phase 1 exam is round the corner , it is important to take you through the changed exam pattern before many of you sit down to test your fate, this Saturday and Sunday.For the ones, planning to attempt it in 2016, this shall serve as your user manual.

The pattern of the exam as per the new notification is as follows:

CHANGES IN THE PATTERN AND THEIR IMPACT

Another important aspect of this exam is the extensive syllabus in the General Awareness exam which is different from other competitive exams. So, when RBI tests your General knowledge, its more in context with the banking industry and economic schemes and policies rather than the generic current affairs, which are also present but in a miniscule share.

Once you get through this exam and get to be a part of India’s central bank, a 3-4 year dedicated service can even open the gates for international institutions like IMF and World Bank. So, for all those planning to appear for the exam in 2016, this is the time when you should actually fasten your seat belts and start preparing with all your might, and for the ones who have been preparing for this from quite some time and are ready to take the exam, give it your best shot for a glorious future that awaits you.